Seuls en Scène brings celebrated French actors and directors, as well as promising early-career artists, to Princeton University and the local community to present their work, introducing American audiences to dynamic and engaging French productions. This year, due to the ongoing global COVID-19 pandemic, we will be offering a virtual edition of the festival in collaboration with the 50th Edition of Festival d’Automne in Paris.

For the 10th edition of the annual Seuls en Scène, join us for a full weekend of HD screenings of recent works by renowned French artists including Dorothée Munyaneza, Tania de Montaigne, Marion Siéfert, David Geselson, Gisèle Vienne, and Pascal Rambert, among others. 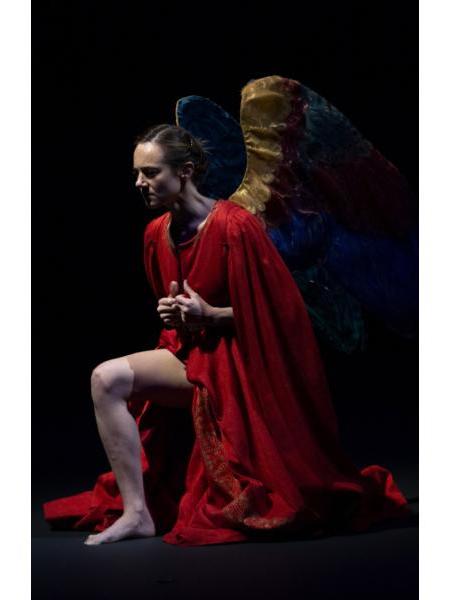 Three actresses on stage, Silvia Costa, Itsaso Arana, and Audrey Bonnet, reclaim the mystery of the annunciation taking place between the Virgin Mary and the Angel Gabriel, personified by each of them in their mother tongue. Three monologues, in Italian, Spanish, French. Three performative speeches dig this… 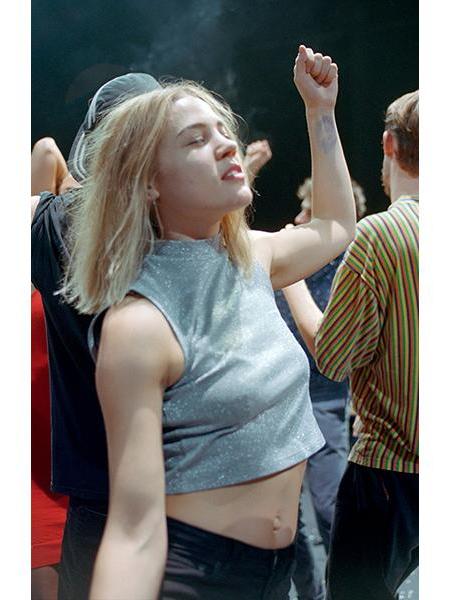 A piece for fifteen dancers, Crowd by Gisèle Vienne muscles its way into a body of work which, over the course of several years, has been dissecting the vast spectrum of our fantasies, emotions, and dark sides, in addition to our inherent need for violence and our sensuality. Flying in the face of… 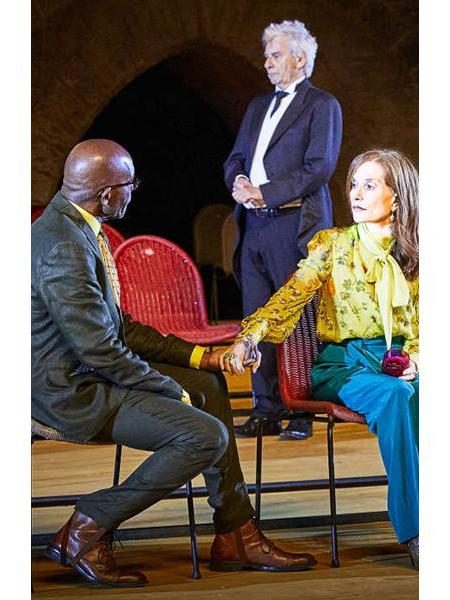 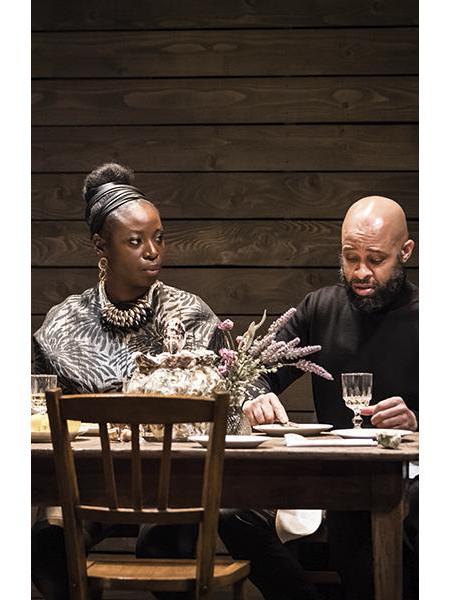 This production is about the life of Nina Simone — pianist, singer, and militant advocate for civil rights. It is a sublime and tragic journey, an epic of 70 years, ending in almost complete solitude in France in 2003. Great-great-granddaughter of an Amerindian and an African-American enslaved person, she is… 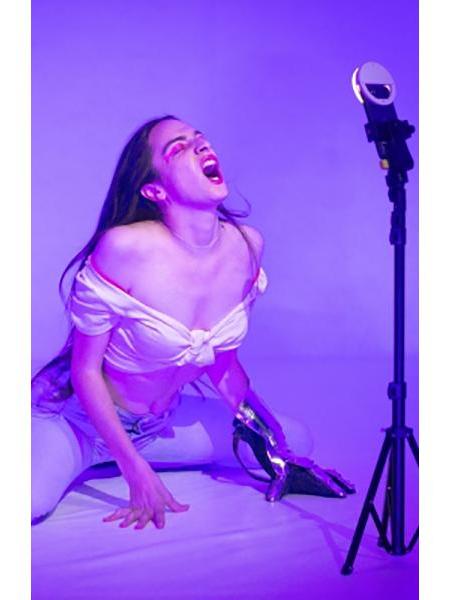 _JEANNE_DARK_ is the name of 16-year-old Jeanne’s Instagram account. Jeanne comes from a Catholic family and lives in a lower-middle-class area in a suburb of Orléans. For the last few months, she’s been subjected to malicious jibes about her virginity from her fellow students. One night, alone in her room, she decides she won’t stay… 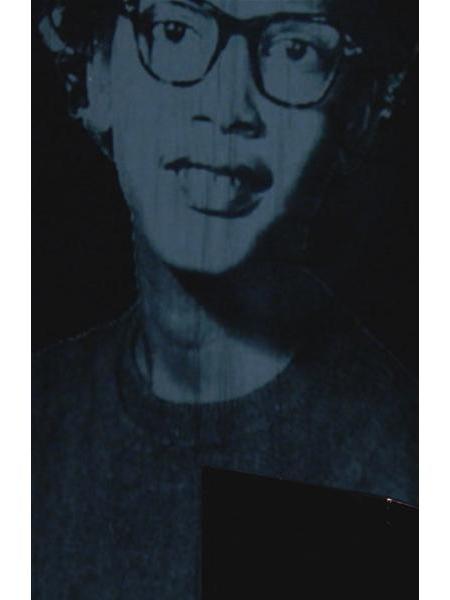 In Montgomery, Alabama, on the 2:30 p.m. bus on March 2, 1955, 15-year-old Claudette Colvin refused to give her seat to a white passenger. Despite threats, she remained seated. Thrown in jail, she decides to plead not guilty and to sue the city. None before her had dared to do this. 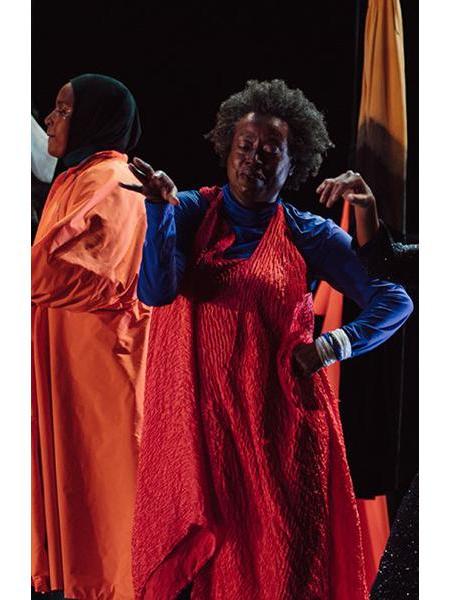 Mailles (Mesh) is a show that celebrates women. Whether they are artists or intellectuals, the subjects of this show hail from the four corners of the Earth and are Black, African or Afro-descendant. And committed. Dorothée Munyaneza’s various encounters with these women go back in time and their… 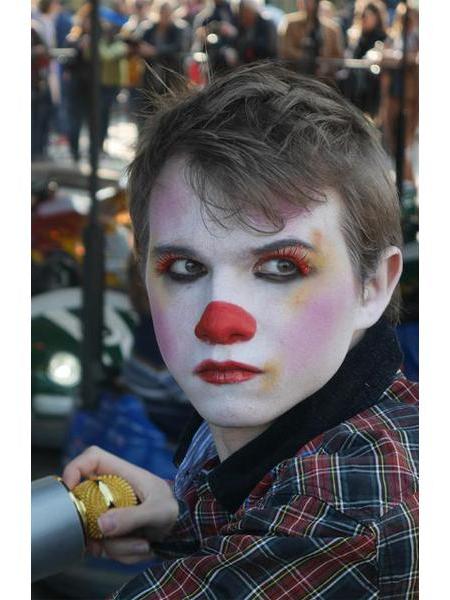 In his first production aimed at audiences young and old, Jonathan Capdevielle tackles Hector Malot’s Sans famille, a vibrant classic of French literature. Based on this rite of passage novel, the show recounts the uplifting events in the life of Rémi, an orphan sold to a warm-hearted artist. Little by little, the sound in this immersive adaptation makes the act of listening an increasingly important element of the production, paving the way for the shift from image to audio fiction. 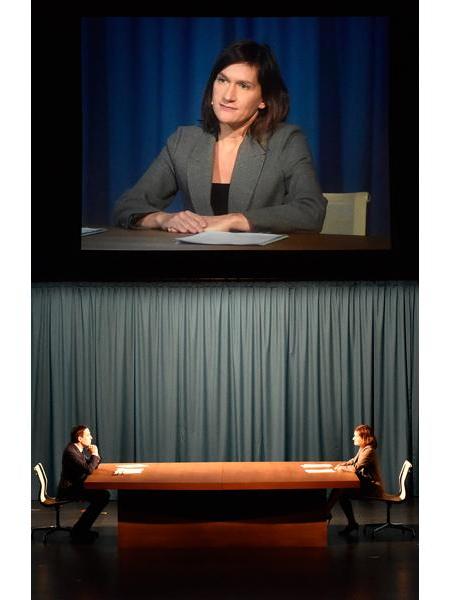 Using archive material and documentary inquiry as her starting point, Émilie Rousset’s & Louise Hémon’s performative research projects explore the theatrical potential present in the gap between original document and its representation. Three short films and one show bear witness to this work, of which humor is an essential component. 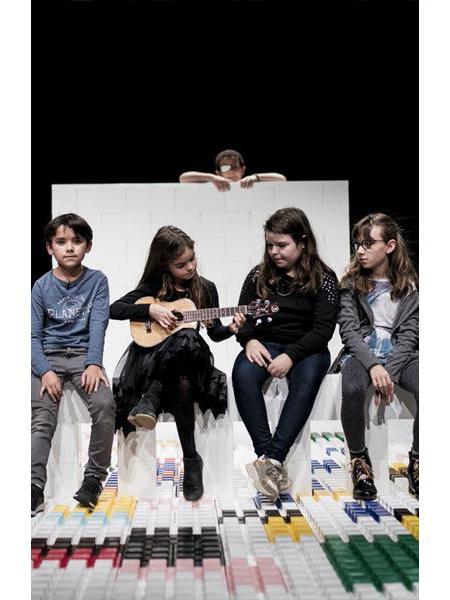 Far from any Marivaux-like literary flourishes, this production brings us words spoken in a direct, unflinching way on the subject of the marital dispute, the premonition of the break-up. Given that they are the ones best placed to talk about it – though rarely listened to – the director Mohamed El Khatib invites children of parents who have split up to take to the stage and give their own points of view. 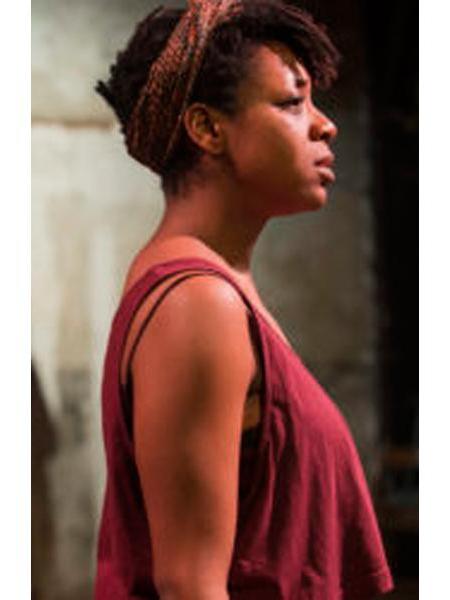 The recently recorded readings are presented in French. The virtual event is free and open to the public. 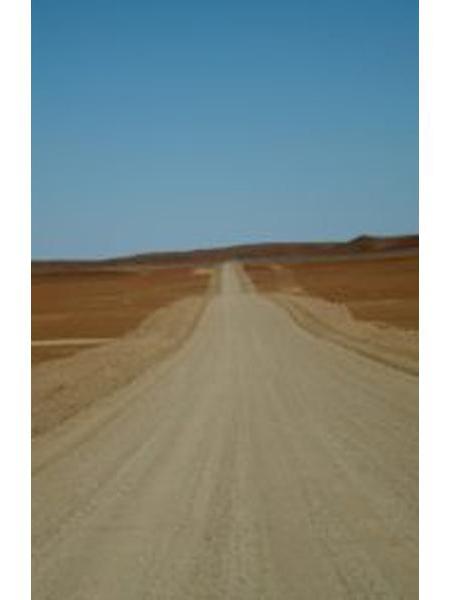 Franco-Senegalese playwright and dramaturg Penda Diouf reads her most recent play about resilience that is both intimate and political, Pistes (Tracks). Directed by Aristide Tarnagda, this monologue about the courage to come face-to-face with one’s own demons is also a roadtrip across Namibia, site of the…

Princeton University’s Lewis Center for the Arts, Department of French and Italian, and L’Avant-Scène will present the eighth annual Seuls en Scène French Theater Festival, which will take place from September 19 to 28 at venues across the University’s campus. Most performances will be in French, and several will include English subtitles; all are free and open to the public.  Please visit the festival website.

All events in the French Theater Festival (except Laure Adler In Conversation with Julien Gosselin + Pascal Rambert) require tickets. Tickets for all performances are free; donations accepted. Reserve tickets online through University Ticketing, in person at the Frist Campus Center Ticket Office, or by calling 609-258-9220.

Seuls en Scène ushers in the 19th season of L’Avant-Scène, a French theater troupe of Princeton students. It also celebrates professional theatrical achievements from the past year: many of the invited artists to Seuls en Scène are prominent contributors to contemporary theater in France. The Festival is curated and organized by Florent Masse, Senior Lecturer in the Department of French and Italian and artistic director of L’Avant-Scène.

THURSDAY, SEPTEMBER 19, 2019; 8:00 PM | MCCOSH 10
FRIDAY, SEPTEMBER 20, 2019; 6:00PM | MCCOSH 10
Désordre du Discours by Fanny de Chaillé
On December 2, 1970, Michel Foucault gave his inaugural lecture at the Collège de France, the first lesson for which a rewriting subsists, entitled L’Ordre du discours. Fanny de Chaillé recreates the event and puts together a discursive performance destined for university amphitheaters. The effect of this re-enactment of Foucault’s words is to set his thoughts in motion once again.

SATURDAY, SEPTEMBER 21, 2019; 2:00 PM | MATTHEWS ACTING STUDIO
Qui a tué mon père by Edouard Louis, directed by Stanislas Nordey
In the manner Marguerite Duras, Simone de Beauvoir, Annie Ernaux and Didier Eribon, Edouard Louis writes from his personal experience. His two almost biographical novels: The End of Eddy (2014) and History of Violence (2016), have moved many of his readers. For this play, he responded to the invitation of stage director and performer Stanislas Nordey, to write a text to be spoken and to be read, a work for the theater.

SUNDAY, SEPTEMBER 22, 2019; 5:00 PM | HEARST DANCE THEATER - LEWIS CENTER
Avignon à vie by Pascal Rambert
Avignon for Life, the title rings out like a declaration of love and it is one. That of the author and director Pascal Rambert made in Avignon and at its Festival. “I wrote this text on trains, at airports, in stations, on planes. When you can finally be quiet. [...] And daydream a little. Dreaming a little about what you love. Here, Avignon and its Festival. I don't know why I wanted to write a kind of love letter to Avignon and its Festival. Probably because the conditions of beauty and sorrow of the human condition, which are represented, are held for three weeks in this place.” It is Stanislas Nordey who will lend his voice to this luminous ode to the theatre.

THURSDAY, SEPTEMBER 26, 2019; 8:00 PM | MATTHEWS ACTING STUDIO
FRIDAY, SEPTEMBER 27, 2019; 8:00 PM | MATTHEWS ACTING STUDIO
La loi des prodiges by François de Brauer directed Louis Arène
In this enthralling one-man show, François de Brauer creates twenty captivating characters using minimal props and costumes. We follow the story of Remi Goutard, who from his birth, develops a hatred for the arts and holds a persistent grudge against artists and performers. When appointed as a Congressman at the National Assembly, he strives to get rid of all cultural events, and artists who wish to reintegrate into society.